My confession for today is this: I preen while getting ready for work in the morning.  I contort my body so it looks as thin and fit as it can and I smile pretty in the mirror at myself while getting ready and most days, despite my hair being IMPOSSIBLE to perfect, I feel like I look good.  I like my face at least.  And lately, when I have good posture, I would even say my upper body is looking better in general, especially my shoulders and neck/collarbone area.  I have always liked to see some definition there, it makes me feel more feminine.  So while I was preening this morning, I just got a really good feeling.  I was wearing a shirt that clings, and I usually hate the result of that type of fabric, but today I was thinking, this shirt doesn't look half bad!  That's a big victory in itself.  My mood was pretty high after that.  And, other than a couple days last week, my mood has been pretty good lately, I've been able to let things go a little easier.  That's a blessing.
Yesterday at work, a business partner sent their annual Christmas gift: 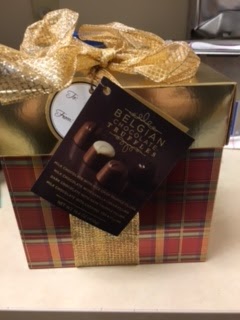 Oh boy.  They are even more delicious than they look, we receive them every year.  I ate one and was a little overwhelmed by how sweet it was.  That thick, phlemy goo that inhabited my tongue and throat annoyed me and all I wanted to do was drink an excessive amount of anything that could get that crap out of my mouth.  That's not to say it didn't taste good, but my other senses were a little put off.  Plus, I never noticed it until now, it makes your breath smell pretty bad.  Despite all of that, I just couldn't resist finding out what was inside the white one and ate one more.  I really felt like it was not worth the negative sensations I encountered by eating that chocolate.  I put the rest in our breakroom and the scavengers quickly descended upon it to help remove the temptation.  In the past, I have nearly devoured the entire box myself, usually in less than a week, so I consider it another victory that on my second day being exposed to it, I want nothing to do with it.  Had I not eaten those two pieces, I would probably be ruminating on that damn chocolate in the pretty package, and if I decided not to eat any even though I was thinking about it, I likely would have eaten a lot of some other stuff trying to satisfy my brain.  So sometimes, just having a little can be a better outcome than trying to avoid something altogether.  It was a great lesson to have learned, and something I will use indefinitely.
We officially start moving today, my husband will be working hard while I'm at work, which was part of the plan all along, but in the process of picking up the keys for the new place, the manager told us there has been a change of plans, and instead of us having unlimited time to vacate the old place, they would like us out by the end of this weekend. 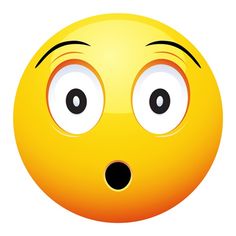 So the next 5 days will be exponentially more crazy than I thought they were going to be!  Luckily we don't have a massive amount of really heavy furniture to move, my husband and father-in-law will be able to do most of that themselves, but it is just more of a whirlwind than we were expecting.  My husband was really stressed out, but I just figured, yes, it will suck for a few days, but at least it will encourage us not to drag our feet on the whole thing.  By next Monday a lot will be accomplished and we can move on with life.  I can find peace in that thought.  I just want to feel settled; it hasn't felt that way since we knew we were potentially switching apartments.
So, that's where I'm at on this Wednesday.  My mood is really positive, I feel like I can get through anything, which is good because we might be getting some snow tonight.  I like how things are shifting for me personally right now, I can't attribute it to weight loss because I don't think there has been a dramatic loss.  I feel now, how I always imagined being skinny would magically make me feel someday.  Content, peaceful, happy even.  What more could anyone ask for?
Happy Wednesday!  Hope it rocks!